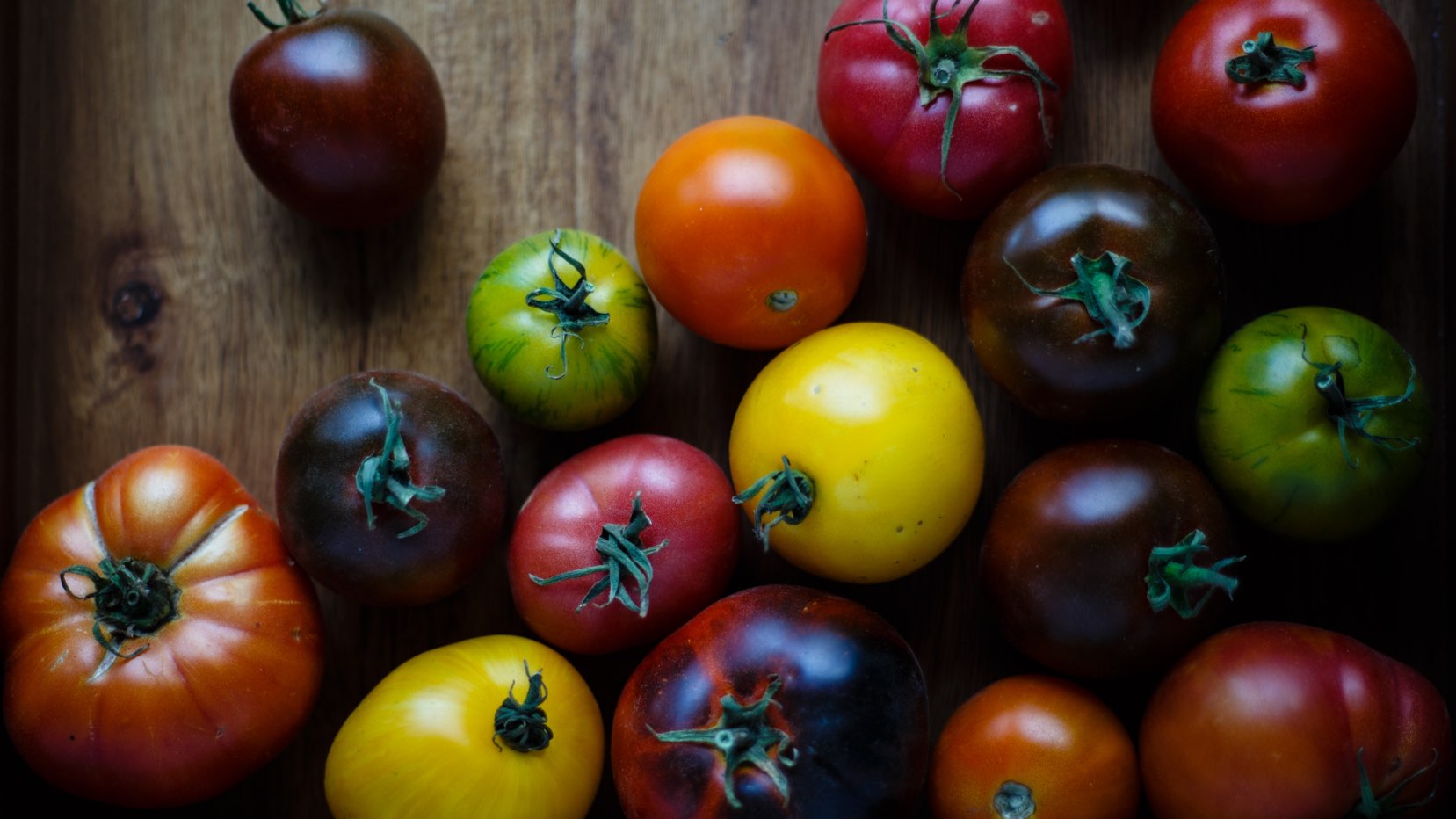 HEIRLOOMS. THE BLESSING IS IN THE SEED.

If you are passionate about eating healthy or have a refined palate, you’ll appreciate knowing a little something about heirloom vegetables which are now enjoying the limelight not shared with common mass-produced ones. Largely unknown just several years ago, heirloom seeds have quickly gained popularity among gardeners and farmers and the fruits of those seeds have become popular with the culinary world.

Don‘t judge each day by the harvest you reap but by the seeds that you plant.

Seeds of plants which ‘breed true’, are seeds that will produce plants which are identical copies to the parent plant. Aside from preserving biodiversity, heirloom seeds are worth saving because they produce great tasting vegetables and fruits. Heirloom tomatoes, the most notable of this class, are tastier with more leaves per fruit (leaves produce the sugar and other nutrients stored in fruits.) Commercialised hybrid tomatoes, on the other hand, are cultivated to produce higher yield and withstand weather elements, insects and insecticides and long distance travels, often sacrificing flavour and nutrients. A classic case of quantity vs. quality – unless cookie-cutter consistency is what you’re after, that is.

Beauty is only skin-deep. 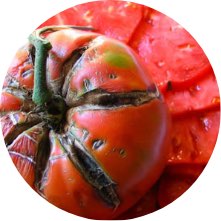 Studies tell us that symmetry and regularity are characteristics of beauty, but juicy ripe tomatoes are not always red and round. After all, beauty is in the eye – and mouth – of the beholder. Palate pleasing heirloom delights may be adorned with scars and cracks and come in odd shapes and sizes, but those imperfections are what make each unique and also boast a rich variety of colours. Fancy some white or pink ones instead?

Heirloom seeds are saved and passed through generations often with stories as varied and colorful as the fruit they produce. Take, for example, the giant tomato developed in the 1930s by Charlie Byles. Its physical enormity aside, it quite literally was a huge blessing for Charlie when he sold his claim to fame for profits which freed him off his house mortgage. The name of this impressive heirloom: Mortgage Lifter. 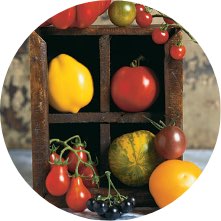 Heirlooms: not always a piece of grandma’s jewelry.

An heirloom is defined as a valuable object belonging to a family for generations – generally the same to describe heirloom plants. There is, however, no official definition for these edible treasures. Many agree that all open-pollinated varieties that have existed for at least 50 years qualify as heirlooms. Others regard only those handed down through a family or community as heirlooms, which exclude any commercially developed variety.

Variety is the spice of life that gives it all its flavor.

Slice open the Chioggia Guardsmark with its nothing-special exterior to reveal mesmerising concentric pink and white rings reminiscent of the candy cane. The appealing bright peach interior of Touchmark Golden promises more sweetness than the regular variety. Then there’s the multifaceted Bulls Blood which not only makes a great ornamental plant, its leaves and roots make for tasty salads too. The idiom “red as beets” loses its meaning with these varieties gaining popularity. And the tastier eye-catching heirlooms have an added plus: they won’t stain your fingers. A newer phenomenon in the world of superfoods is rice. Not white. Not brown. Black. Highly nutritious, several variants exist in China, Indonesia and Thailand. The antioxidant-rich grains have been touted to help in prevention of cancer, diabetes, heart disease and even Alzheimer’s disease. The ebony grains turn deep purple and develop a mild, nutty taste when cooked. One ancient Chinese legend claimed that only emperors were allowed to eat the rare, tasty and nutritious ‘forbidden’ black rice.

He who plants a garden plants happiness.

If you haven’t already enjoyed heirloom plants, gather some recommendations and sample the many varieties from organic and health food markets. Better yet plan a visit to an heirloom vegetable sampling this summer. Note that most varieties are best adapted to their locales. Grown mainly for their flavours and not for their ability to withstand long distance travels, it’s possible your heirloom of choice won’t be found where you are. If gardening interests you, try your green thumb at harvesting your favourite variety saving seeds of the best produce each time. In no time at all you may have an heirloom to call your own.