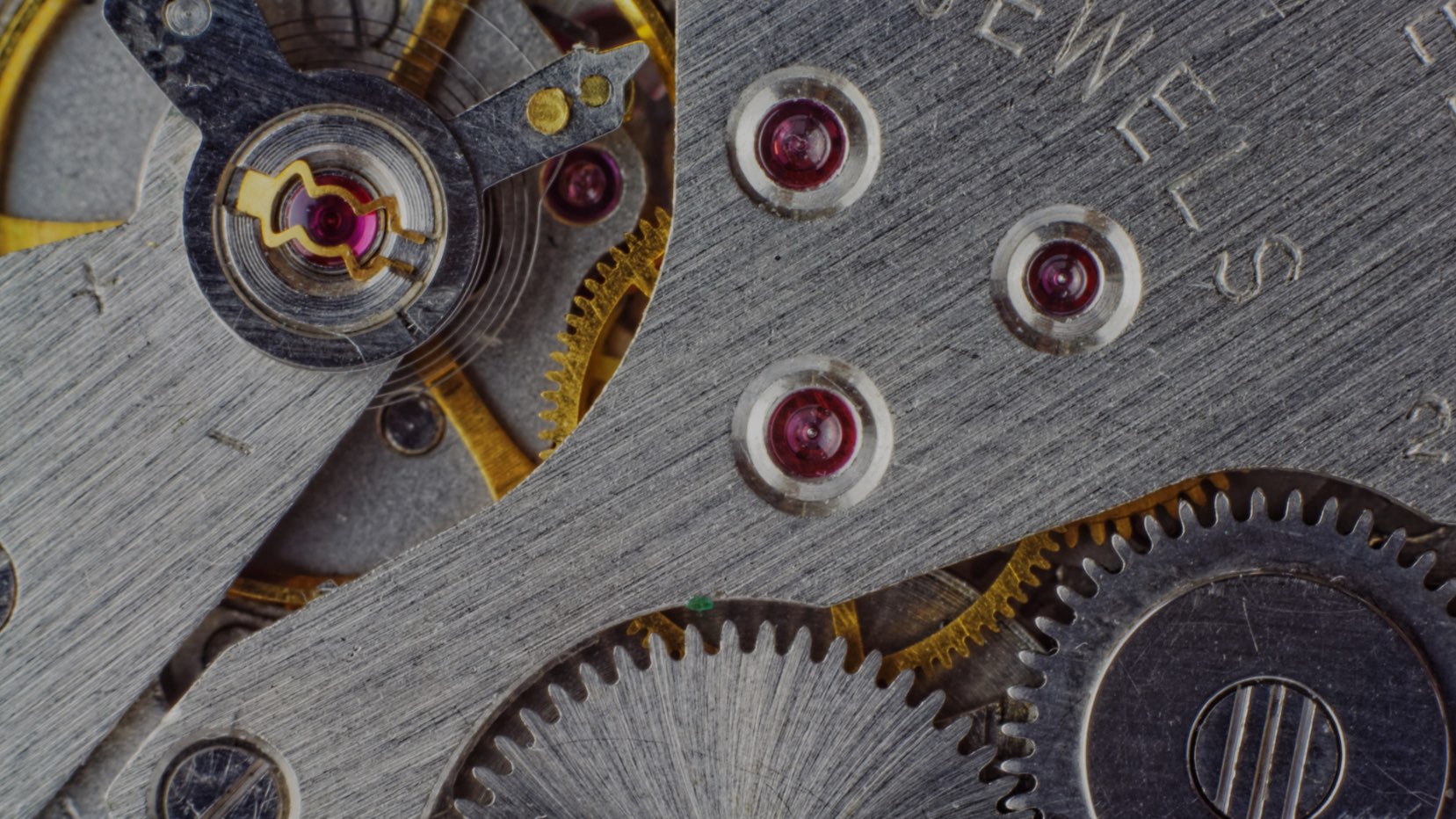 PART 2 – THE LUXURY OF TELLING TIME:
CREATIVITY WAY BEYOND PRACTICALITY

In last month’s Note we got a glimpse of mechanical chronographs and complications — deeply appreciated by watch connoisseurs as evidenced from the Only Watch 2013 auction in Monaco just last September 28th. Conducted annually to support a medical charity, the auction fetched 2.95 million Euros for the Patek Philippe 5004T piece (practically the finest embodiment of a traditional mechanical watch), making up more than half of the total 5 million Euros raised by the event.

Creating mesmerising mechanical complications is one way watchmakers display their magic, but paying tribute to various forms of art has also been a focus – so much so that their creations qualify as pieces of visual art of their own: 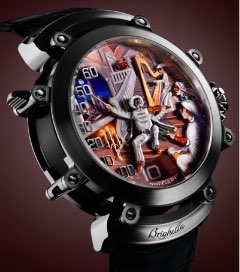 Performing arts aficionados will love this latest creation by Bulgari. The collection is inspired by the 16th century Italian theatrical style where improvisational, masked performers staged performances on the streets. Depicting three famous masked characters called Brighella, Pulcinella and Harlequin in front of a background of Italian palaces with Venetian, Bolognese or Neapolitan décor, only 8 pieces of each character will be produced, with Brighella having been the first and only piece introduced at Baselworld 2013.

The watch tells time with a window showing the hour at the bottom of the dial, and the masked figurine’s arm moving along the minute scale. What is unique is how the figurines on the watch will move whenever the watch’s chime sounds when its minute repeater complication is activated – the main figure moving its arms while the background figures create motions as if singing or playing a musical instrument. Tiny hidden joints and pivots, highly skilled miniaturist artists and engravers, 15 separate special engraving tools and being baked in an oven for 30-50 times for an hour each are some of the requirements to bring this piece of magic to life. 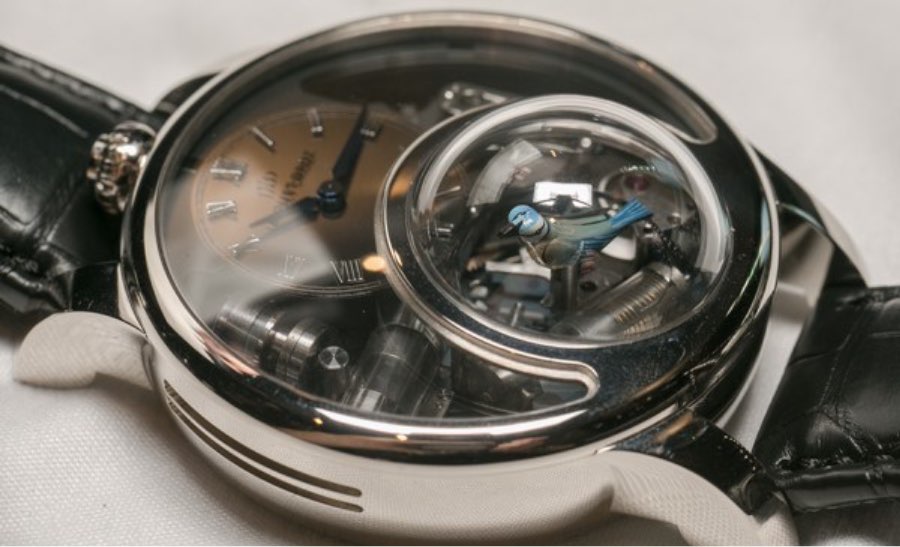 At first glance The Charming Bird may seem rather bare with muted coloured dial and one little blue bird, especially when compared to its highly scenic predecessor The Bird Repeater watch. Yet this timepiece features a highly impressive automaton bird that, on demand, moves its teeny tiny beaks to sing and chirp, and flaps its wings while turning round and round.

Earliest forms of kinetic art were life-sized at least. Centuries later bird automatons were still too large to be part of a wristwatch. A novelty item in its heyday, they were created individually as a toy or display item using a special whistle system to create lifelike bird call sounds. Jaquet Droz itself boasts a long history in making automatons – complex mechanical devices that mimic the movements and sounds of living creatures — from a breathing, moving female organ-playing doll to the writer doll that can write any custom text up to 40 characters long.

In The Charming Bird timepiece, the transparent dial allows the wearer to not only enjoy the movements of the bird, but also enjoy a concert of tiny mechanical movements underneath and sounds made possible whenever the minute repeater is activated. Seeing that it is the first time it has ever been done in a watch, The Charming Bird is truly a historic piece.

As Felix Baumgartner, Co-Founder of avant-garde watch brand Urwerk, once said: “time is not what we measure with our instruments; it is about exciting moments”. Indeed there are many things to be excited about when it comes to experiencing the magic created by the highest levels of artistry and technology.

Time waits for no man. But let go of time once in a while to linger a little longer in a bed full of ploh. The Body Ploh makes for a loyal and perfectly versatile bed time companion you won’t want to let go of. Available online at www.ploh.com.

Playing on its partnership with l’Opera de Paris, Vacheron Constantin reproduced the wondrous Marc Chagall ceiling from the opera house on an enamel watch dial.

A highly regarded modernist artist, at the age of 77 Chagall was commissioned to paint the new Paris Opera ceiling in 1963. Paying tribute to famous composers, actors and dancers, the fine ceiling was unveiled in 1964 and received a spectacularly positive reaction from the public. Now replicated on a 31mm wide watch dial, it took the exceptional Swiss enamel artist Anita Porchet 3.5 months to painstakingly hand paint and bake it to perfection. Then there was the hand engraved gold frame around it depicting nymph heads, each with a different facial expression. 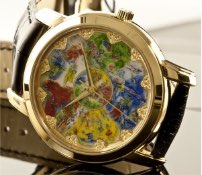 The watch is not for sale however. Instead, it is housed in the company’s museum as part of Vacheron Constantin’s permanent exhibition. While this watch showcases the entire ceiling, Anita Porchet collaborated with the brand on 14 other unique timepieces available to the market, each highlighting details from specific composers and their works.